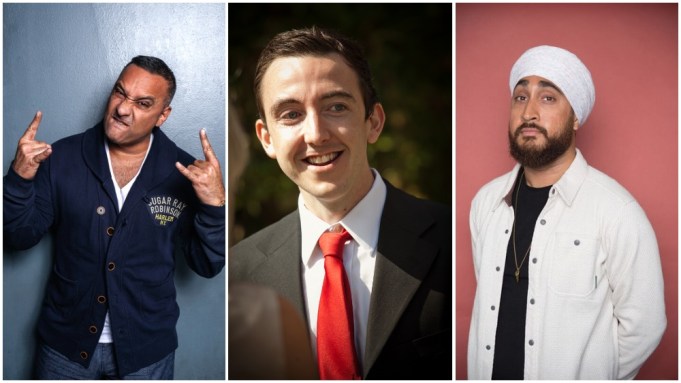 The show is currently in development at Canadian public broadcaster CBC.

As Jus Reign, Raina has more than 167 million YouTube views with 974,000 subscribers and more than a million Facebook fans.

Inspired by his own real-life experiences, “Late Bloomer” will focus on Raina’s journey navigating his new-found internet fame, dating, spirituality, culture and his dysfunctional, yet loving, family. As a first-generation Indo-Canadian, his identity is constantly questioned as he struggles to find the balance between Eastern customs centered around community and the Western ideal of individualism.

“Jasmeet is a one-of-a-kind talent and the latest in the long line of incredible Canadian comedians to find stardom on the global stage. We are thrilled to be partnering with him on his signature television project,” said Bill Lundy, senior vice president of development for Pier 21. “The series Jasmeet has created offers him the freedom to delve into a longer narrative allowing him to be more authentically funny and vulnerable than ever before.”

Peters — who has won a Peabody Award, International Emmy, Gemini Award and Canadian Screen Award — has several stand-up specials for Netflix and has also been seen on HBO, Showtime, Comedy Central, CBC, CTV, BBC and Amazon Prime. “Jasmeet is a huge talent and a true artist. He has proven himself as a seriously funny guy with a massive global following over the past several years on YouTube,” said Peters.